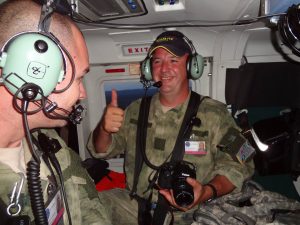 Brett Scheuble
CEO & Head Organizer
Brett Scheuble has over thirty years of experience in the aviation industry. He started in the road freight industry where he rose to the position of operations manager for a large independent removal company, after which he started a successful construction company which he later sold to pursue his passion for aviation.

In the aviation sector, Brett, has been a member of the African Aviation Society, RAASA and Air Show South Africa. He has run operations internationally and has established a large Medical evacuation base in west Africa, that is still operational. He has seen and identified the potential of large UAV’s and worked in that industry with the largest local UAV manufacturer. Brett is often called upon when people are looking to buy or hire aircraft and is also freelance aviation consultant and an Air show organiser. 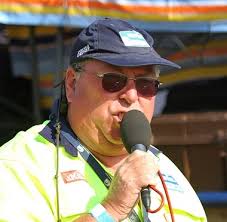 Brian Emmenis is not just the country’s only full time airshow commentator, he is an institution with an irrepressable presence that’s felt ( aurally and otherwise) across the length and breadth of South Africa- wherever aeroplanes put on flying displays.

From his start in 1984, to his first airshow in Wekom in 1985 and his appearances at the most prestigious airshows in the world ( Farnborough and the Royal International Air Tattoo) Brian has left his mark.

Brian not only lends us his world renowned voice, but also plays a part in the safety of the event, We as the Garden Route Airshow  are grateful to have “Mr Airshow” as part of our team. 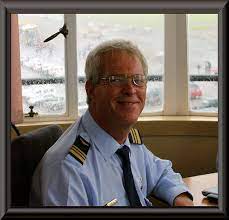 Taking responsibility for safety at an aviation event is not for the inexperienced or the fainthearted but this is nothing new to Lt. Col. Francois Hanekom (Hosepipe) who has been the safety officer at many international aviation events. With significant safety training in both the military and civilian sectors, Hose is the preferred safety officer at military, civilian or combined air shows.

As a tall and skinny chap at school, Francois earned his nickname “Hosepipe” and he carries this name with him even now as a highly respected officer in the South African Air Force. Hose never considered a career in aviation and farming was his ambition, but while joining the Air Force to complete his national service, he never anticipated wearing his blue uniform thirty three years later. As part of the Flight Support Centre.

Hose started his flying career in 1980 on the Harvard from where he flew the Kudu, C185, Impala, DC3, Casa 212 and the PC-7 with more than 4000 hours in his log book. Hose is also a category A1 flight instructor with 1800 hours of instruction on the C185, DC3 and PC-7. With the introduction of the PC-7 Astra into the SAAF, Hose spent six years at Langebaan to test and develop the training curriculum for this new aircraft and the integration thereof.

Very few people know that a military officer is not allowed to act as safety officer at civilian aviation events, nor will a civilian be allowed to act as safety officer at military events. This however is what separates Hose from the rest as he is a military and civilian qualified safety officer after completing the United Sates Air Force Safety Course, the California Safety Institute Course as well as the aircraft accident investigation course, including helicopters and jet aircraft. In our current economic climate this is becoming more important as the cost involved to host air events simply force event organisers (and the SAAF) to combine their funding and efforts. 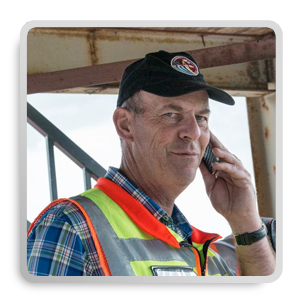 The Chairman of Air Show South Africa, needs no introduction, having been involved in airshows around South Africa for many years, Rikus is a pilot of one of South Africa’s most iconic aircarft “the Bosbok”. Rikus is a board member of the Stellenbosh Flying club in addition to his function of overseeing all airshows in South Africa and is an avid supporter of display flying.

A decision has been made due to certain operational challenges to postpone the Garden Route Airshow for one month, the new date being the 20th of August 2022. This decision was made after consultations with ACSA, George Municipality, SAPS, ATNS and all relevant stake holders. Kindly note that all tickets remain valid and all agreements with our Vendors, Exhibitors and of course spectators remain in place.

The decision was based on safety and security considerations, where our number one priority is to ensure a safe and secure environment.

We apologise for any inconvenience caused and are still looking forward to the largest event on the Garden route.

Should there be any queries, kindly address them to info@gardenrouteairshow.co.za

The Garden Route Airshow
With just 2 weeks to go to the most exciting event on the Garden Route this year, contact us if your company would like to be involved, either with a display, advertising or sponsorship, we ca be contacted on info@gardenrouteairshow.co.za or by phone on 084 418 3836. Don't miss out on this once in a lifetime opportunity